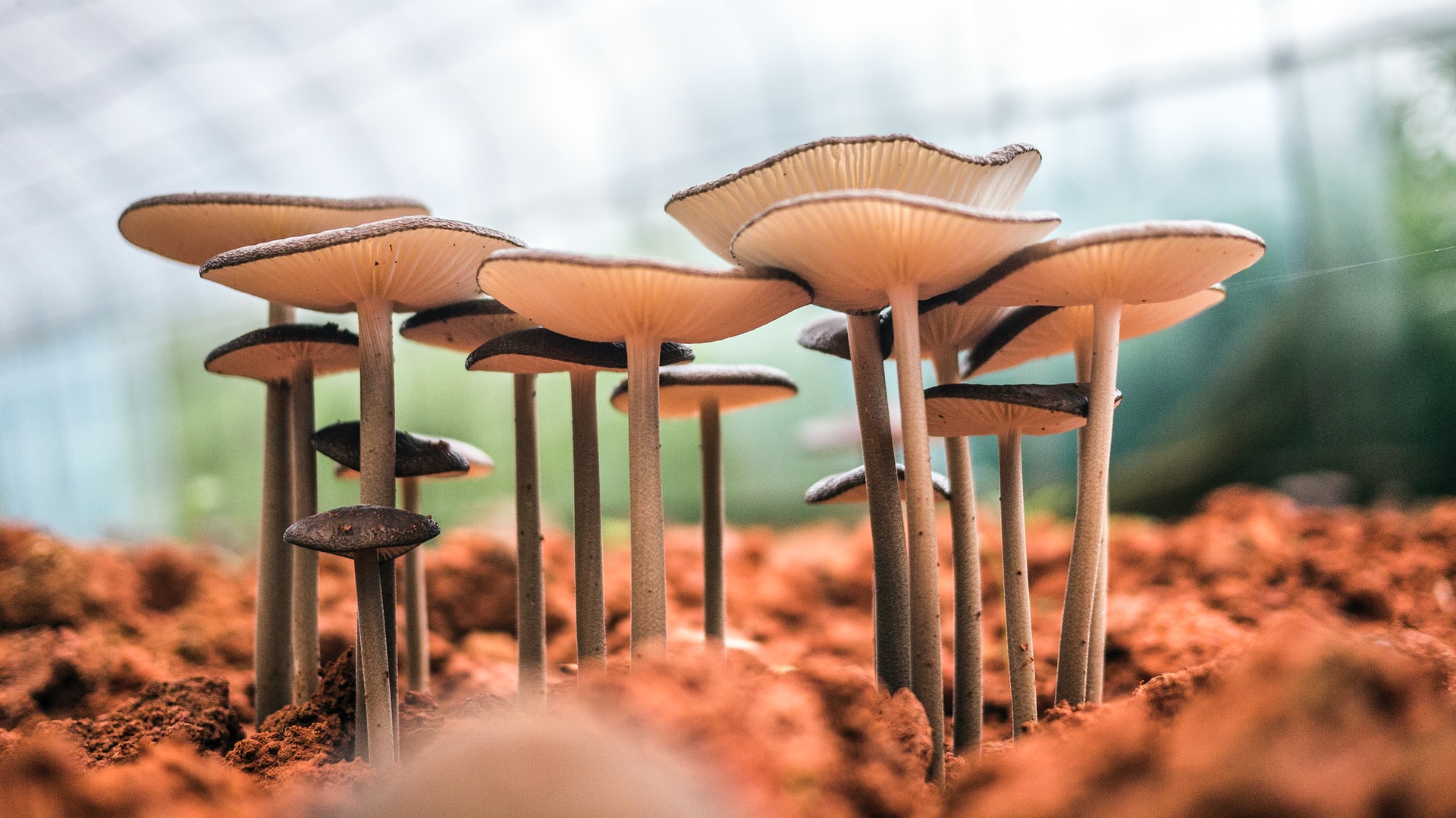 Everything You Need To Know About
Magic Mushroom Spores

In the United States, magic mushroom spores are legal to possess and sell in 47 states out of the 50 states. They are only illegal in Georgia, Idaho, and California.

What Are Magic Mushroom Spores?

Magic mushroom spores, or psilocybin spores, are small, tiny reproductive units with the capability or potential to grow into fruiting, fleshy bodies of psychedelic mushrooms. There are about 200 species of psilocybe mushrooms, and almost all of them grow from spores. These spores are mainly one-celled, and they grow on rotting logs and forest floors in different parts of the World.

Spores are mainly sold as prints or in a syringe. Magic mushroom spores prints are simply pieces of foil or paper with spores printed on them. Vendors prepare this by placing a fresh mushroom cap on the paper overnight, so the spores fall on it. Afterwards, it is dried, so hydration is required before use. Spore syringes, on the other hand, are regular oral syringes with psilocybin spores and sterile water.

Aside from cultivation, many people purchase magic mushroom spores to study them. This is very common among amateur scientists who study mushroom spores under a microscope at home. Professional scientists also study them in different fields, including medicine, psychiatry, and anthropology. For instance, spores were observed in a Morphological and chemical analysis of magic mushrooms in Japan.

How Do They Work?

If you were to grow mushrooms on your own from spores, you have to mimic the mushroom life cycle in the wild. You’re going to need a substance that mycelium can grow on. In other words, you’ll need a mushroom substrate. A mushroom substrate is an ideal material that mushroom mycelium can develop and establish itself. It provides your magic mushrooms with the required energy, nutrients, and moisture it needs to grow and fruit.

The type of substrate to use will depend on your mushroom spore species. Once you have your substrate, you have to inoculate it with the mushroom spores. After that, you place the spores/substrate in a warm dark place for it to incubate. This could take a few weeks to complete.

During the incubation period, the mycelium present in the spores colonizes the substrate. The result is a solid white mycelium mat outside the substrate. Once incubation is complete it is ready for proper air exchange into the substrate, so it receives fresh air. This is the fruiting period, and, ideally, it is kept humid by spraying a little water around the substrate during the day to preserve it.

It takes a few days for the spores to generate primordia (pinheads) on the substrate. Continue preserving the substrate, and the primordia will grow into full mushrooms in the coming days.

Magic mushrooms contain psilocybin and psilocin that are both Schedule 1 drugs in many countries and jurisdictions. Although studies show that they can be beneficial in several ways. For this reason, many countries classified them as illegal. Magic mushroom spores, on the other hand, do not contain psilocybin or psilocin. This is the primary reason why they are legal in most regions.

No psilocybin or psilocin content means that magic mushroom spores aren’t hallucinogenic, so they possess no risk of abuse. On their own, spore prints and syringes don’t germinate. Spores become illegal when you put them through the process of germination and development in a location where growing psilocybin is illegal.

In 1999, Susan T. Gross carried out a study on Detecting Psychoactive Drugs in the Developmental Stages of Mushrooms. The study showed zero psilocybin or psilocin content in 29 mushroom spore samples. Psychoactive compounds were only detected as the primordia began to form. Hence, this is it’s the earliest stage where magic mushroom spores become Psilocybin and potentially illegal.

The law in most states in the US only allows buying and selling of magic mushroom spores for religious, research, taxonomy or educational purposes. This is why these spores are usually sold as specimens for microscopy. The discovery of several fungi species that can help humans at an individual and planetary level has increased universal interest in mycology. Magic mushrooms are one of such fungi species that are being studied.

However, this doesn’t mean that you must be a scientist before you can possess psilocybin spores. So long as the spores you purchase remain spores, you have no problem in most states.

Where Are Magic Mushroom Spores Legal?

In the United States, magic mushroom spores are legal to possess and sell in 47 states out of the 50 states. They are only illegal in Georgia, Idaho, and California. If you live in any other state you can possess psilocybin spores without issue.

As mentioned earlier, cultivation isn’t legal. As of 2021 in the majority of these 47 states, cultivating magic mushroom spores is equivalent to manufacturing drugs.

In the UK, possessing spores is legal. Before 2005, it was also legal to trade fresh magic mushrooms. It became illegal with the advent of the Drugs Act. The Netherlands doesn’t have any direct law against  magic mushroom spores. The sale of dried and fresh mushroom is banned, but it’s legal to possess minimal amounts of magic truffles.

Magic truffles contain psilocybin and psilocin, but technically, they’re different from the actual magic mushrooms. Spain decriminalized magic mushrooms for personal use, and it’s legal to possess and cultivate spores.